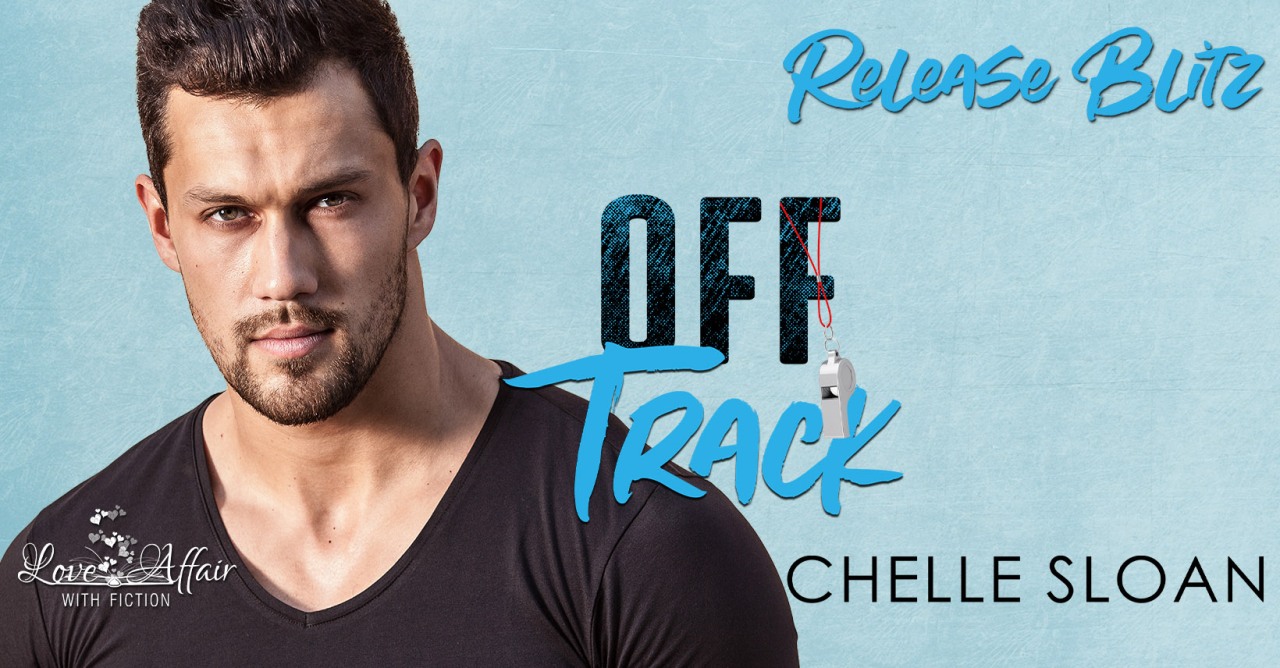 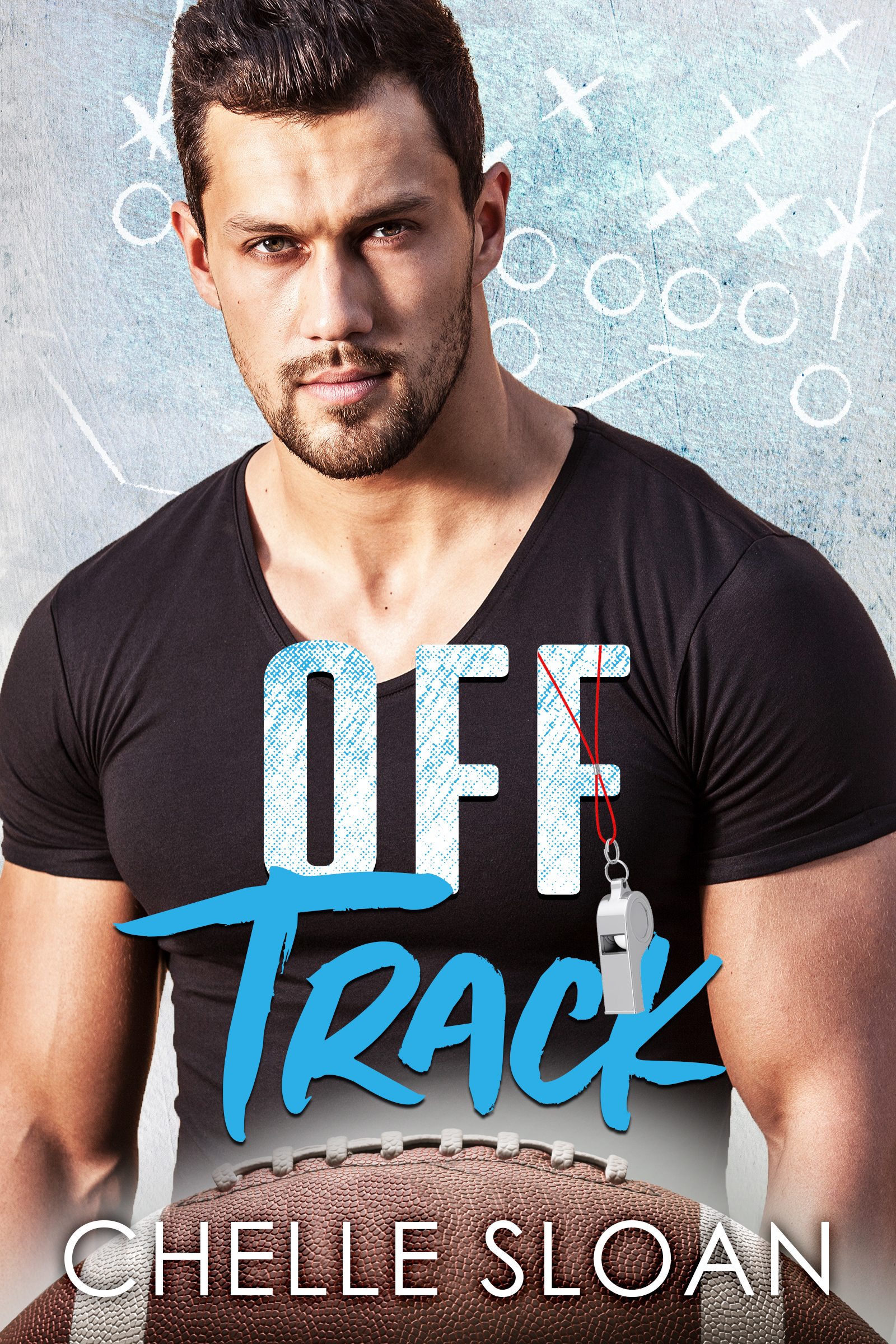 First comes love, then comes marriage, then comes the baby carriage.
I have wished for that saying to come true every day of my life.
But that’s not my reality.

Here is my version:
First comes the blind date with an incredibly sexy football coach.
Then comes the friends with benefits that you know is so wrong but you don’t care because it feels so right.
Then comes the unexpected baby carriage.
At least we got one in order.

Except Davis doesn’t want the same things I do.
I want to fall in love.
He says love isn’t for him.
I want a family.
He has made it clear that a family is not on his agenda.

But babies don’t care about your plans. They come when they are ready. Even if you aren’t.
The same can be said about falling in love.

**The Nashville Fury series is a series of interconnected, standalone, sports romances.**

Read for FREE with Kindle Unlimited 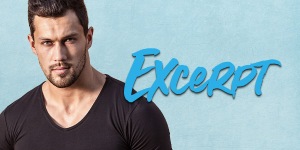 “What is the opposite of a gentleman?” I ask.

His dress shirt is rolled at the sleeves in the way that makes most women, including me, go ga-ga over. His eyes are a fascinating shade of blue that almost looks gray. Then there is his cologne. It’s a combination of a woodsy and manly scent that makes me glad I have to cross my legs in this dress.

I reach for my drink that was just put down in front of me, needing the liquid to cool me down.

What man talks like that? Definitely none I have ever been with. In my quest to find Mr. Right, I have dated douchebags and fuck boys. They tried to talk like Davis just did, but failed epically. Just sending a text saying, “U up?” isn’t the way to lure a woman to bed. Then there were the responsible guys. The ones with 401ks, savings accounts, and square footage with their name on the deed. They definitely never talked like that.

But Davis? Davis knows what he wants. And apparently, right now, he wants me. Sadie might have said he doesn’t take things too seriously, but I’m guessing that doesn’t mean inside the bedroom. Unless he’s a big talker. But judging by the way he’s looking at me right now—with nothing but fire in his eyes—I would bet all the money I have in my bank account that this man can not only talk the talk, but can also walk the walk.

This guy isn’t Mr. Forever. This guy has Mr. One Night written all over him. My dreams of this being my last first date are once again crushed.

“Cat got your tongue, princess?”

I ignore the pet name, not having any clue where he came up with it, and take another healthy sip of my drink as I gather courage for what I’m about to say.

Because I’ve never said it before.

Maybe one night wouldn’t be so bad? At least this time I know what I’m getting into. There wouldn’t be any surprise when I wake up tomorrow morning and he’s already gone, quicker than the afterglow of what I expect would be a phenomenal orgasm—or three.

And let’s be real, it has been a really long time since anyone has been anywhere near my bed. And definitely not a guy as attractive as Davis. Or with a man who can make my toes curl just with his words.

Yes! This is perfect.

I can’t get hurt if I know what I’m getting myself into. This time, I’m in control. Right?

Well, at least going into it. If the way he’s looking at me right now says anything, I have a feeling he’s going to be in control for most of the night.

And I don’t hate that. Not one bit.

“Not at all,” I say as I lean a little closer to him. “I was just thinking I like the fact you’re not a gentleman. Being a gentleman doesn’t sound nearly as fun.”

He lets out a small laugh. “I’m all about fun.”

No one gets hurt knowing the expectations. What could be the harm in that?

Spend time with the Nashville Fury
a series of interconnected, standalone sports romances 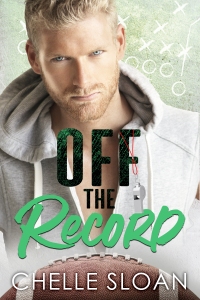 Check out the awesome GIVEAWAY for Off Track HERE 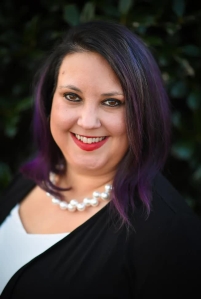 Chelle is a contemporary romance author who writes happily ever afters with a lot of love with a little bit of humor mixed in. A native of Ohio, Chelle decided that after a decades-long career in sports journalism, it was time to take a step back. She is currently working on her Master’s degree in journalism and is set to graduate from her program in 2021. She is a diehard Cleveland sports fan, is the owner of way too many, yet not enough, tumblers and will be a New Kids on the Block fan until the day she dies. She also does her best writing at Starbucks, where you can usually find a venti caramel frappucino on her table. As for her own happily every after? Maybe one day…

Ms. Sloan continues to dazzle us readers with this series! To me she has a unique and fresh “voice” and it really shines in this newest story!

I love the fact that this story, and she fully admits it, was never meant to be! I am always in awe of the talent of writers and when their characters refuse to stop talking to them and demand that their stories be told!

This is the story of Davis and Bethany, secondary characters that were so intriguing that they get a story all their own!

Bethany is a true southern lady. She is fierce when needs be, she knows what she wants and will make no apologies for it! She also knows that walking out of the house without makeup and hair did is just sacrilege! Hee hee! She is a true heroine in this story.

Davis, oh my me! What a swoon-fest he is! Such a charmer. But he has a lot of responsibilities on his plate, and he thinks he knows what he doesn’t need in his life. Boy I love when he gets proven wrong!

There are so many surprises in this story! I could hardly put this book down once I started! The dialogue, the wit and the heart in this story is truly magical!

Hold on to your hearts! This story of Davis and Bethany is gonna try to steal it away!