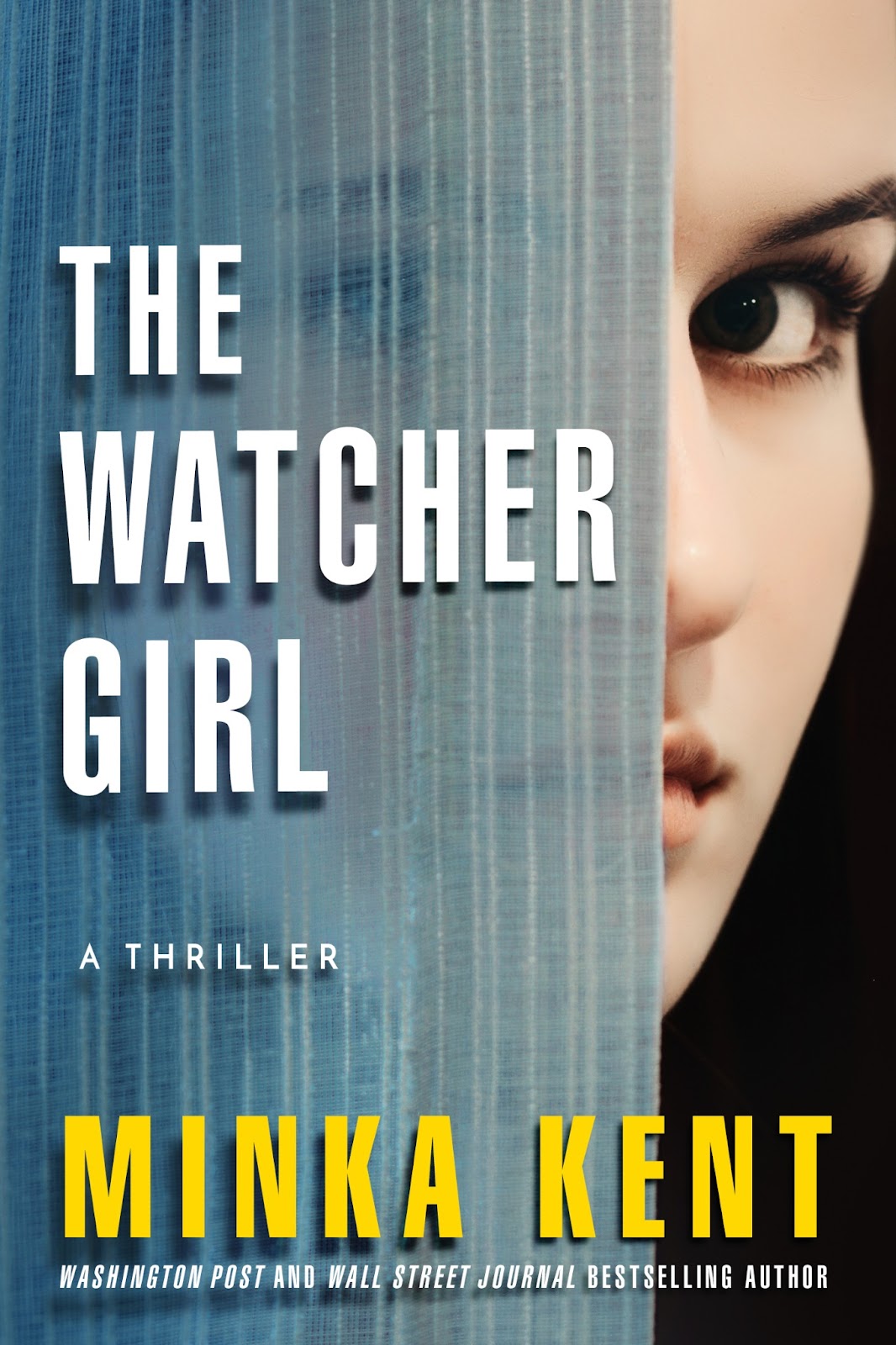 A woman’s suspicions about her ex-boyfriend become a dangerous obsession in a twisting novel of psychological suspense by Washington Post and Wall Street Journalbestselling author Minka Kent.
Eight years ago, Grace McMullen broke Sutton Whitlock’s heart when she walked away. But it was only to save him from the baggage of her own troubled past. Now all she wants is to make sure he’s okay.
Only everything she learns about him online says otherwise. According to his social media accounts, he placed roots in her hometown, married a look-alike, and even named his daughter Grace. He clearly hasn’t moved on. In fact, it’s creepy. So Grace does what any concerned ex-girlfriend would do: she moves home…and watches him.
But when Grace crosses paths with Sutton’s wife, Campbell, an unexpected friendship develops. Campbell has no idea whom she’s inviting into her life. As the women grow closer, it becomes clear to Grace that Sutton is not the sentimental man she once knew. He seems controlling, unstable, and threatening. And what a broken man like Sutton is capable of, Grace can only imagine. It’s up to her to save Campbell and her baby now—but while she’s been watching them, who’s been watching her?

“So . . . what brings you back?” My father’s tone is pleasant, but his eyes squint as he studies me in the blue-green twilight of early evening.

The truth is complicated.

“Been gone long enough,” I say on a long exhale. “Thought maybe it was time to come home.”

I use the word for his sake. It makes him smile.

While I resided at 372 Magnolia Drive the first ten years of my life, calling it “home” would be a stretch at this point.

His dark eyes turn glassy, and his fingertips twitch at his sides. He wants to hug me, I’m sure, but he knows me too well. At least that part of me.

“Your room’s exactly how you left it,” he says instead of asking more questions. I imagine he’ll space them out, fishing casually for tidbits until he has the whole picture. An investigational paint-by-numbers. “Good to have you back, Grace. I mean that. Stay as long as you need. We’ll catch up whenever you’re ready.”

I thank him before grabbing my roller bag and climbing the winding staircase in the sweeping foyer. Every step rustles an unsettled sensation in my center, but I force it down with tight swallows.

I’m here on a mission, and as soon as it’s over, I’m leaving again.

Stopping at the top of the stairs, I’m greeted by an outdated family portrait—the original McMullens dressed in coordinating navy-blue outfits, the children hand in hand, grinning against the autumnal backdrop of some local state park.

Blissfully unaware of fate’s cruel plans for us.

We were beautiful together—enviably happy from the outside.

My attention homes in on my parents, the way my mother gazes up into my father’s handsome face, her golden hair shining in the early evening sunset, his hand cupping the side of her cheek. If I didn’t know better, I’d think their love for one another was equal and balanced.

I trace my fingertips against the burnished-gold frame before pressing it just enough that it tilts, off-center. Noticeable only if you stare too long.

I have no desire to rewrite history, and I have little patience for those who feel the need to do so.

When I reach my old room, I flick on the light and plant myself in the doorway.

My father’s right. It’s exactly how I left it: Dark furniture. Blue walls. Pile of stuffed animals in the corner. Perfectly made bed complete with an ironed coverlet and a million pillows.

Aside from the fresh vacuum tracks in the carpet, no one’s set foot in this room since the last time I was home my senior year of college.

I lock the door and collapse on the bed, digging my phone from my bag and pulling up the Instaface account for my ex from college and staring at his profile picture for the tenth time today—the hundredth time this week. Same coffee-brown hair trimmed neatly into a timeless crew cut. Same hooded, almond-shaped eyes the earthy color of New England in autumn. Same dimples flanking his boyish smile like parentheses. He’s exactly how I remember him, only with a decade of life tacked onto his face. Shallow creases spread across his forehead. A deep line separates his eyebrows. Maybe there’s a little more hollowing beneath his jovial gaze. But other than that, he’s the same as I remember.

I could describe Sutton Whitlock fifty thousand ways, but at the end of the day, I can sum him up in five words: he was a good man.

Eight years ago, I broke his heart—and not because I wanted to.

I had to save him from a lifetime of disappointment.

I had to save him from me.

But a handful of things have come up online recently—things that indicate he’s not okay.

I need to rectify what I’ve done. I need to apologize for hurting him. Explain my reasons. Give him permission to move on, to be happy.

Minka Kent has been crafting stories since before she could scribble her name. With a love of the literary dark and twisted, Minka cut her teeth on Goosebumps and Fear Street, graduated to Stephen King as a teenager, and now counts Gillian Flynn, Chevy Stevens, and Caroline Kepnes amongst her favorite authors and biggest influences. Minka has always been curious about good people who do bad things and loves to explore what happens when larger-than-life characters are placed in fascinating situations.
In her non-writing life, Minka is a thirty-something wife and mother who equally enjoys sunny and rainy days, loves freshly cut hydrangeas, hides behind oversized sunglasses, travels to warmer climates every chance she gets, and bakes sweet treats when the mood strikes (spoiler alert: it’s often).
Want to hear about sales and new releases? Sign up for her non-spammy newsletter here: http://eepurl.com/cwOMSD

This newest thriller from Minka Kent is going to keep you guessing until the very end!

From the beginning you can understand why Grace is the way she is, why she looks for imperfections in the most beautiful things. She is smart and very untrusting, which given her career you can see why. During the story and her journey to try to right the past she feels she has wronged, you see her evolve and realize the truths she thought she had were just half truths and skewed reality.

There is shock value aplenty in this story too, I was bowled over by some of the revelations in this story. Grace will face some challenges and also get some clarity about her past.

Sometimes trying to fix your past isn’t the best thing to do.  Read this story and you will find out why!

Well done Ms. Kent, I can’t wait to see what comes next!