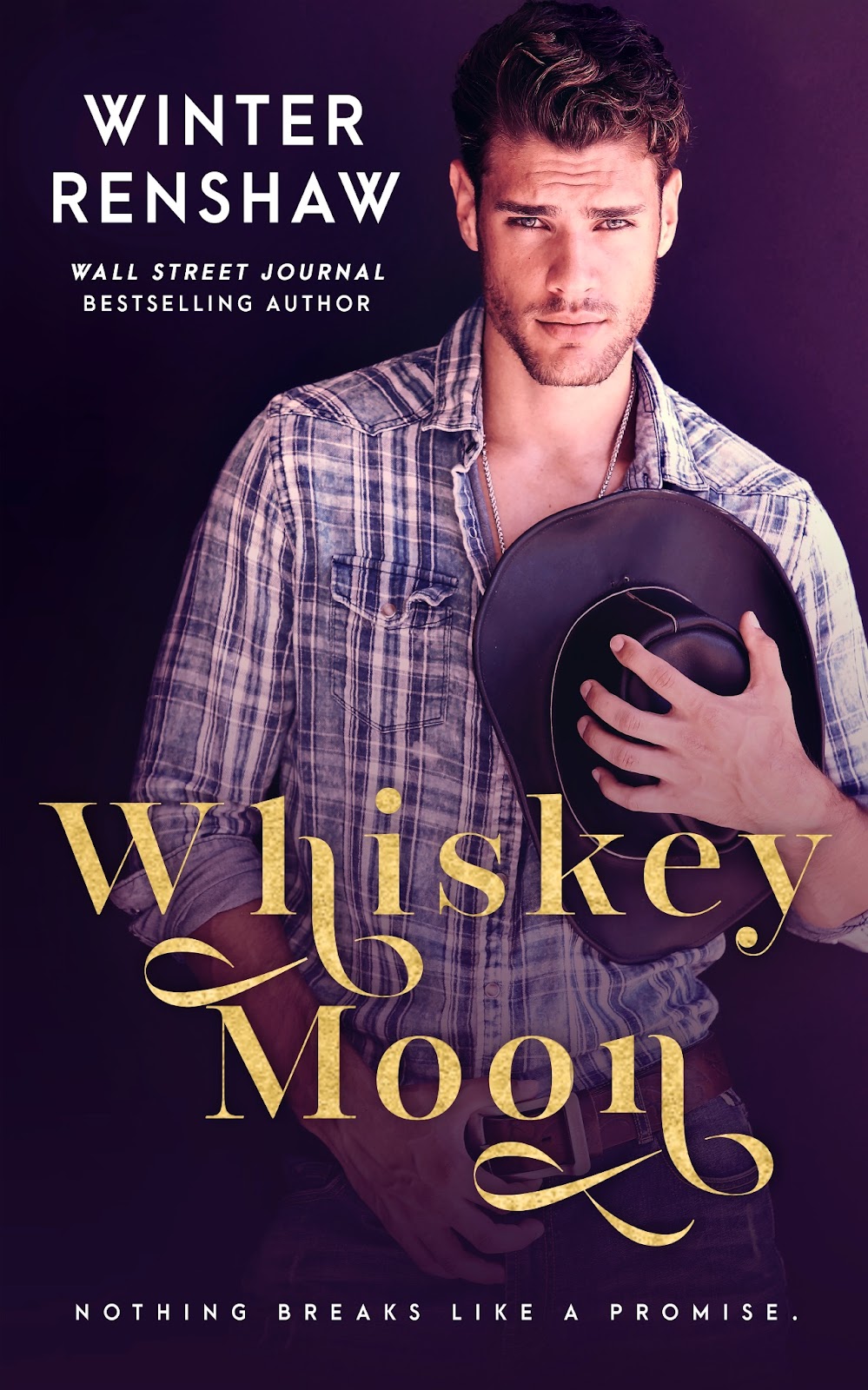 A broken marriage pact gives way to a devastating love that won’t let go in this heart wrenching contemporary romance from Wall Street Journal bestselling author Winter Renshaw.
Bogie had Bacall. Carrie had Big. I had Wyatt.
Growing up, he was the handsome cowboy next door, an unlikely confidant, my best friend, my first kiss, and my favorite person.
We were just a couple of small town kids with ambitions bigger than the stars in our eyes. The summer after graduation, we made a pact: I’d go to college in New York and he’d stay and take over his daddy’s ranch. If by twenty-eight we were both still single, we’d get married …
But as we stood in our high school gymnasium the night of our ten-year reunion, Wyatt told me he loved me too much to marry me.
He’d never broken a promise to me in his life, but in a single heartbeat he broke the only one that ever mattered.
He said it would all make sense someday, that there would come a time I might even be able to forgive him.
But then I stumbled upon the truth.
And there was no forgiving a secret this shattering—one that made me question if I ever knew him at all; one that only made me want him that much more.
Bogie had Bacall. Carrie had Big. I had Wyatt.

Another phenomenal story from the talented mind of Winter Renshaw!

Childhood sweethearts, big dreams and a pact is how this story begins.

Blaire is charismatic, dramatic, ready to conquer the world, she is ready to tackle the acting world and New York City by the horns, the only thing she fears is leaving Wyatt behind.

Wyatt is a true rancher, and a still waters run deep kind of fella. He knows not to hold Blaire back from her dreams and comes up with a pact to ease her fears about leaving.

Time passes and separates the two young lovers. A decade in fact. Secrets and lies divide the two of them.

The chemistry between Wyatt and Blaire is what dreams are made of. I love how Blaire stood up for herself when needed and pushed for the truth.  I admired how Wyatt loved Blaire so much that he let her live her dream, even if it’s so far away.

I am always enamored by Ms. Renshaw’s writing, each book she releases makes me even more of a fan. This fast-paced gem is going to hit you right in the feels!