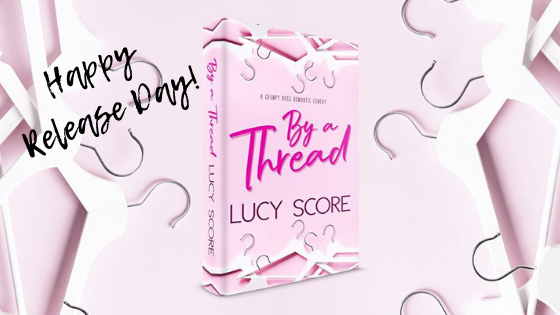 Dominic was staring at me like he couldn’t decide whether to chop me into pieces or pull my hair and French kiss me.

Dominic
I got her fired. Okay, so I’d had a bad day and took it out on a bystander in a pizza shop. But there’s nothing innocent about Ally Morales. She proves that her first day of her new job… in my office… after being hired by my mother.

So maybe her colorful, annoying, inexplicably alluring personality brightens up the magazine’s offices that have felt like a prison for the past year. Maybe I like that she argues with me in front of the editorial staff. And maybe my after-hours fantasies are haunted by those brown eyes and that sharp tongue.

But that doesn’t mean that I’m going to be the next Russo man to take advantage of his position. I might be a second-generation asshole, but I am not my father.

She’s working herself to death at half a dozen dead-end jobs for some secret reason she doesn’t feel like sharing with me. And I’m going to fix it all. Don’t accuse me of caring. She’s nothing more than a puzzle to be solved. If I can get her to quit, I can finally peel away all those layers. Then I can go back to salvaging the family name and forget all about the dancing, beer-slinging brunette.

Author’s Note: A steamy, swoony workplace romantic comedy with a grumpy boss hero determined to save the day and a plucky heroine who is starting to wonder if there might actually be a beating heart just beneath her boss’s sexy vests.

This story is going to give you all the feels!

This is the story of Dominic and Ally.  And what a delicious story it is.

From high fashion glitz and glamour to the crushing disease of dementia, this story is going to grab you from the beginning and not let go until the very end! I couldn’t put this story down once I started.

Ally is a down to earth, optimistic, brassy kind of gal! She is working herself to an early grave trying to keep promises made. She is a proud woman, and that pride can be her downfall.

Dominic is paying for his father’s crimes and downfall.  He is grouchy and cantankerous and a true alphahole!! But down deep he is struggling with overcoming the scars of his childhood and his relationship with his father.

The sparks between Ally and Dominic was off the charts hawt! Their love/hate relationship was so compelling and I was so invested in both of them. Both Ally and Dominic love hard and when past insecurities and secrets come to light, they both stumble and falter.  I was moved! I was crying! And I was cheering hard for the two of them!

The dialouge between all the characters is so smart, funny and moving! Ms. Score has a true talent for writing and her stories are some of the best I have read!