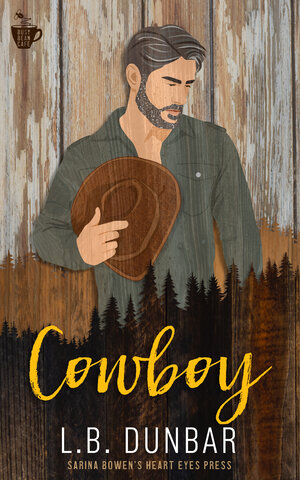 Pregnant at forty-two? Back the cow up…

Harland Bull Eaton has lost many things—his first wife, his beloved mother, those three women he proposed to . . . Oh, and there was that time he almost lost the family dairy farm due to a scandal. He’s losing faith in just about everything, especially love.

But one night, his friends give him a dare. No commitments. No heartbreak. Just buy that gorgeous redhead a drink. The big-city bombshell he’s set his eyes on swirls him into a tailspin that lands them in bed for a one-night stand he’s pretty sure he’ll never forget. But this time, he swears, he won’t let his heart ride herd on his common sense.

Recently separated and newly unemployed, Scarlett Russell is at a crossroads. With no other plan than visiting a friend in Vermont, the last thing she expects is a hunky, silver fox offering to buy her a drink. Even less expected is when she raises that offer to “take me to bed, cowboy.” She just wants one night to forget everything gone wrong.

Turns out once won’t be nearly enough. Won’t ever be enough, feeling the way she does. But secrets and an unexpected surprise are a lot to handle . . . unless these two can break a trail to an unexpected happily ever after.

The queen of over 40 romance has struck again!  This story is another jewel in her crown.

This is the story of Bull and Scarlett. Both older but not necessarily wiser. A one-night stand that has lasting repercussions.

Scarlett has been dealt a crappy hand in life. She decides to start a new life in a new town.

Bull is a true cowboy, in every sense of the word. He too has been dealt some not-so-stellar cards in the love and romance department.

The settings described were beautiful. The swoons were aplenty and I fell hard for Bull. Their chemistry was hotter than hot and they were what they both needed in life.

I admired how Ms. Dunbar is able to navigate through the world of “geriatric pregnancies” I too hate that medical term! No matter what your age, surprises come in all shapes and sizes.

I am new to the True North series, and this glimpse into this lovely world has made me want to read more! Ms. Dunbar can write no wrong in my eyes and this newest story confirms it!

New Release & Review!!⁠
⁠
New Release & Review!⁠
ARE YOU READY FOR A THRILLING ANNOUNCEMENT?? I’m SO EXCITED to share that for the FIRST TIME EVER Jericho Forge’s book, Deal with the Devil is FREE!
Author @Averyflynn has revealed the cover for Mama's Boy, Last Man Standing Book 1!
★★★Coming Soon★★★⁠