I loved him. I lost him. And now he’s back.
August Monreaux was a stormy sea of a man, the dark between the stars, an electric chill cutting through a crowded room—all wrapped into one wicked, beautiful package.
He was also off-limits.
My entire life, I was kept a safe distance from the notoriously virulent Monreauxs, banned from so much as breathing the same air. And like the good daughter I was, I obeyed those rules.
Until the one time I didn’t …
Only while I sampled him, he devoured me like the forbidden fruit that I was. And in the blink of an eye, my worst enemy became my first love. His poison became my antidote. His touch, my addiction.
After we severed our ill-fated ties, I thought I’d never see him again.
Until he crashed back into my life at the worst possible moment—and asked me to marry him.
But it wasn’t that simple.
It never is.
Turns out marrying a wealthy powerhouse of a man comes with a price.
But walking away, could cost me everything. 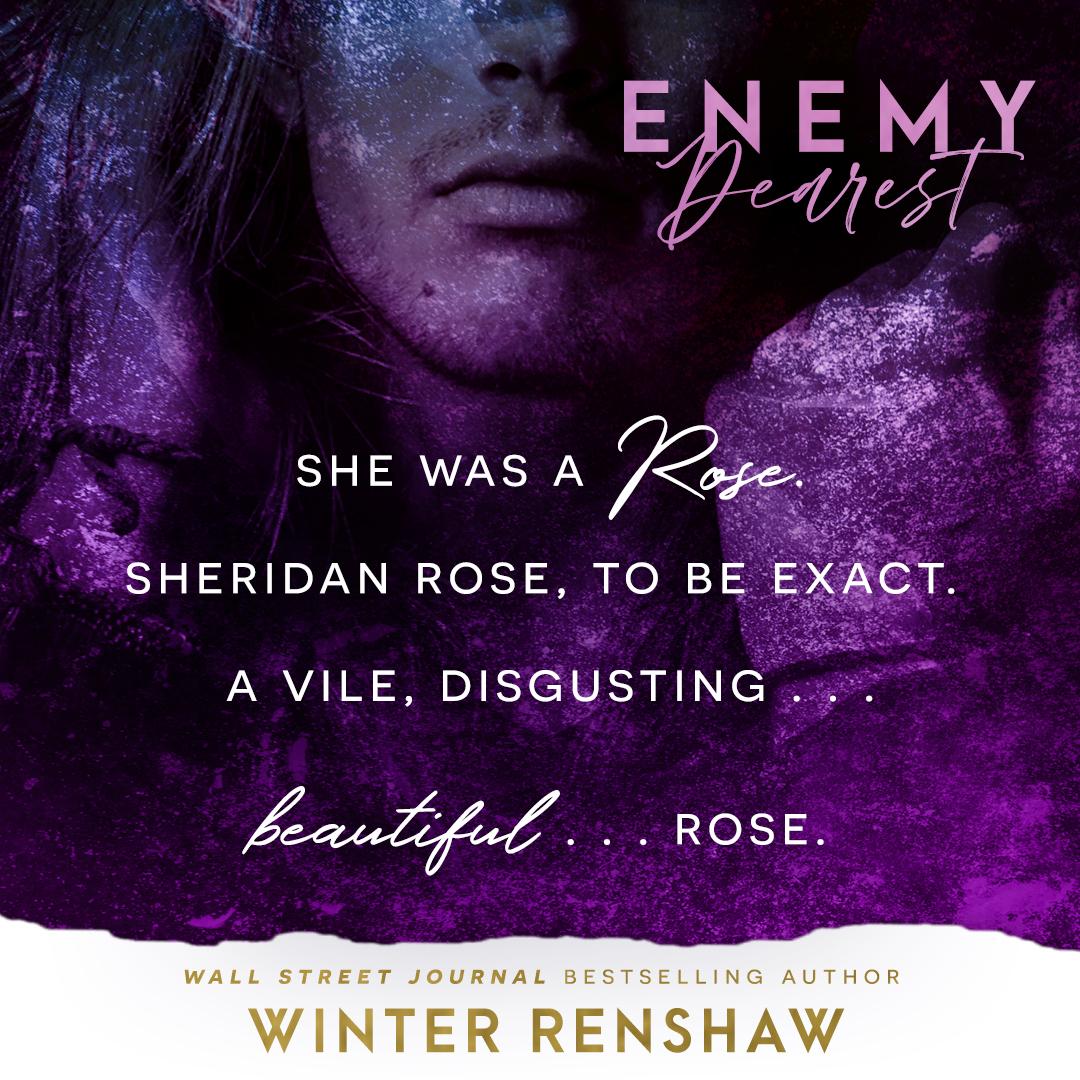 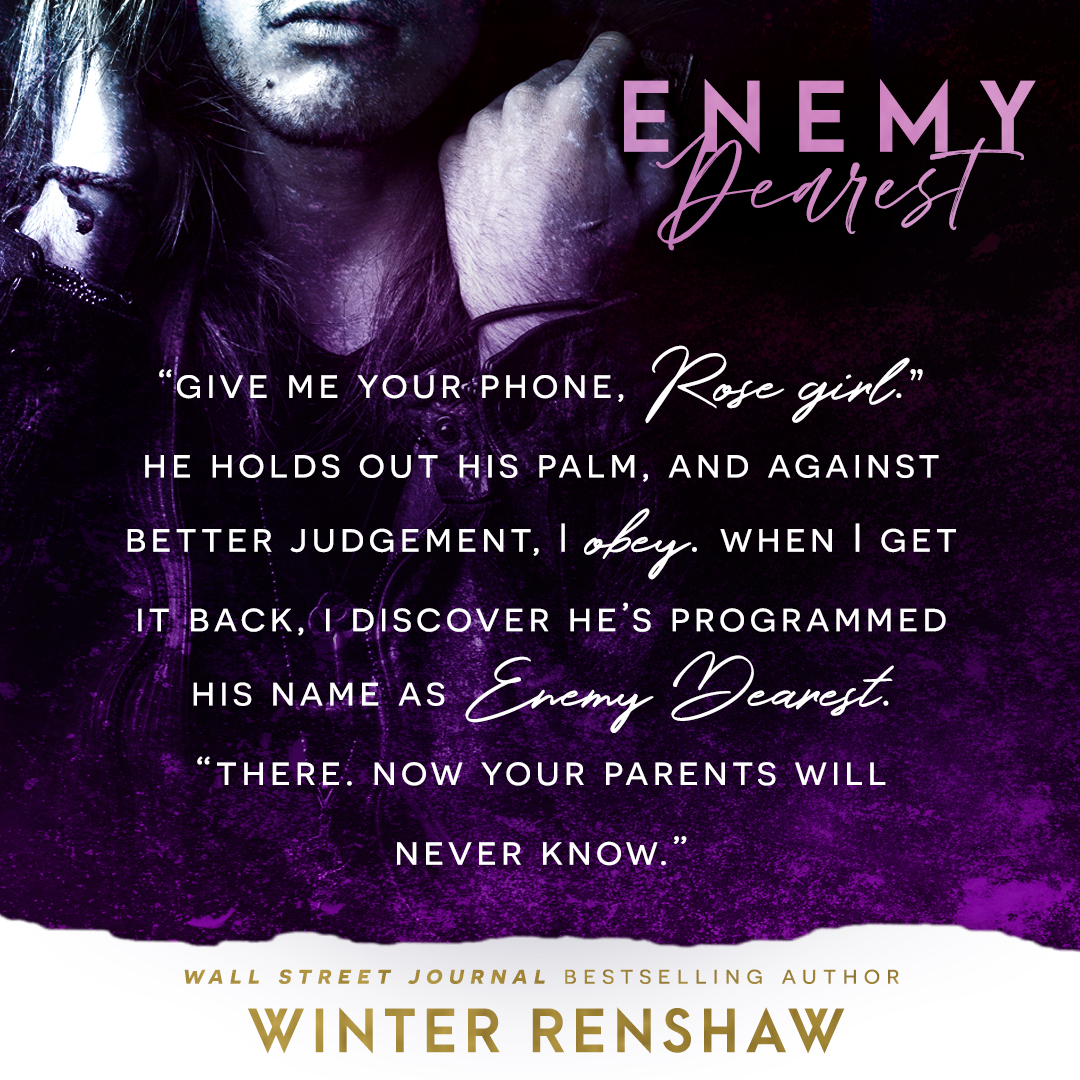 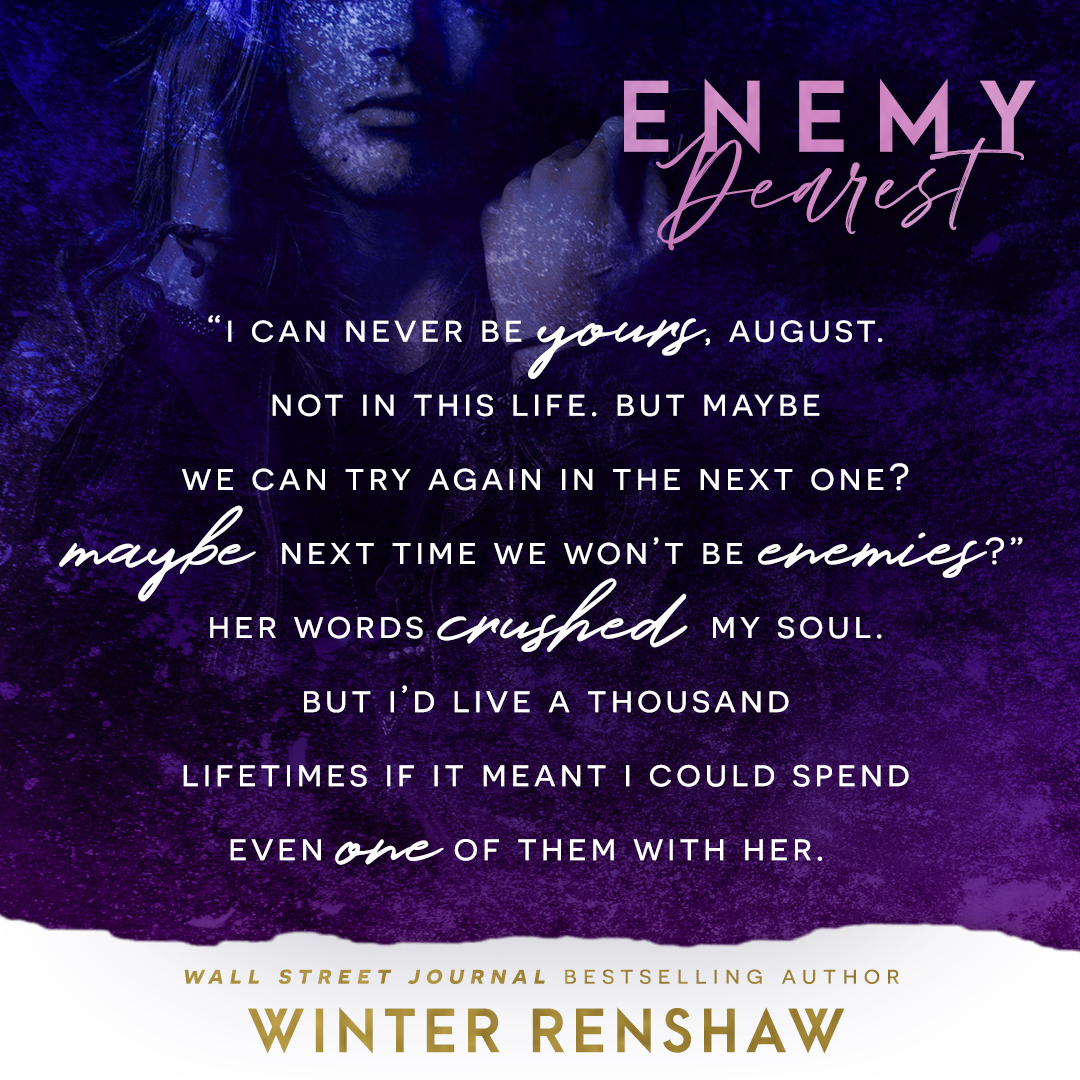 I always get giddy when a new Winter Renshaw novel comes out and Enemy Dearest was so worth the wait!

I got such a Romeo and Juliet vibe from this story of August and Sheridan.

A bitter rivalry between August’s and Sheridan’s family has bled down to the children. They have both been told the absolute worst about each other’s families and that animosity has been passed down.

August and Sheridan know of each other, but have never met until one night.  And boy does the snarkiness fly when they do!

Sheridan has lived a sheltered life, she embraces her inner wallflower. But don’t let that sway you, she also has a steel backbone and doesn’t put up with the arrogance that August puts out there.

August has revenge on his mind.  He’s been taught to hate the Roses for taking something precious from him and his family. And when he meets Sheridan an evil plan starts to form.  But he underestimated Sheridan’s strength and soon realized there is more to her than just a name.

This is a fast paced story that kept me riveted until the end.  There are twists and turns, a bit of mystery and the chemistry between Sheridan and August is hallelujah hot!