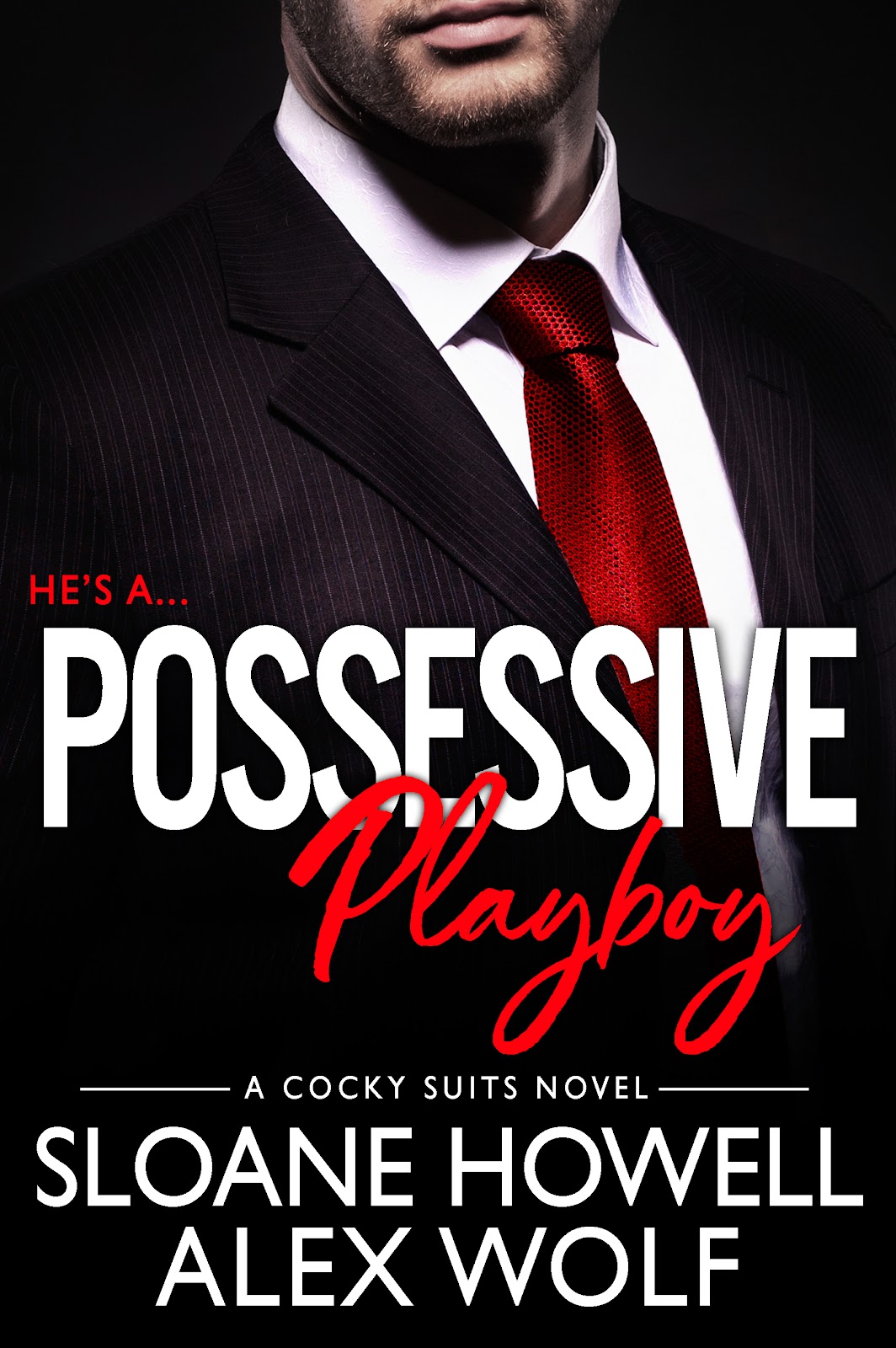 Policy: Don’t sleep with your brother’s secretary.
Problem: Deacon Collins is a wealthy playboy and does what he pleases.
It started out innocent.
He yanked her into the supply closet and lost his briefs. Not the legal kind.
Now, he wants more.
More of her soft curves and sweet mouth.
More than just quickies against a cabinet.
Quinn can throw the flowers he sends in the trash and hide behind company policy all she wants.
At the end of the day…
He will have her.
If you love wealthy, possessive alpha males and strong heroines, this series is for YOU!
Possessive Playboy is the second book in the Cocky Suits Chicago series, but they can be read in any order. It’s a full-length standalone romance novel with a Happily Ever After.

I scan the dance floor, looking for anyone I might know so I won’t be bored out of my mind.

That’s when I see her.

My heart tries to pound its way out of my chest.

Quinn walks toward the door in a sinful green dress that hugs her body in all the right places. My cock twitches and starts to rise at the sight. God, I’ve never seen her look so fucking hot. She’s like supermodel fucking beautiful.

Just as my mind races to think of how and where I could fuck her in the club and take our sexcapades to a whole new level, some asshole wraps his arm around her waist and yanks her close to him.

My blood heats to a million degrees and I wouldn’t be surprised if steam shoots out of my ears. That son of a bitch is touching what’s mine.

I take off for the stairs.

It doesn’t take long for me to practically sprint toward her. I knock a few people out of the way and spill their drinks, but I don’t give a shit. I move toward the exit, attempting to track her every move but I keep losing sight of her. Just as I start to intervene, she scoffs at the guy and takes off toward the bathroom.

He stares at her as she navigates through the crowd toward the ladies’ room.

“You can fuck right off, sir.” I mutter the words under my breath and angle to cut her off before she gets to her destination.

Just as she’s about to enter the bathroom, I grip her forearm and pull her over to the corner.

Her eyes dart around for a second, and she looks like she might scream. Then her stare lands on my face. Her tempting lips form an amused grin and she shakes her head. “What are you doing here?”

I rake my eyes up and down her dress and try not to blow a load in my pants just at the sight of her. “Me?” I raise my brows at her.

Our gazes lock and I lick my lips wanting nothing more than to shove her against the wall and have my way with her.

“I’d want to know his Jedi secrets since you keep turning me down.”

She shakes her head in a playful way. “Maybe he’s just nice and acts like a grown up.”

I shrug and flash her a smile. “Unfortunate for him.”

“Oh really?” She grins, clearly amused with our conversation. “Because he landed a date with me and you couldn’t?”

“And why would that be unfortunate for him? I’m dying to know.”

“Because he did all that work. Acted like such an adult. Probably took you to dinner, picked you up, drove you here.” I lean in close, so she can feel my warm breath in her ear. “And I’ll be the one who takes you home and fucks you.”

Alex Wolf
Alex hails from the Midwest and currently resides in Tampa with his awesome woman.
If you like filthy-mouthed, possessive alpha heroes and steamy romance, then he’s the author for you!
Amazon  Web   Goodreads  Instagram
Sloane Howell
Sloane Howell lives in the Midwest United States and writes hot romance stories. A former college baseball player turned author, when not reading or writing he enjoys hanging out with his family, watching sports, playing with the dogs, traveling, and engaging his readers on social media. You can almost always catch him goofing off on Facebook or Twitter and trying to convince Mrs. Howell that it is “work”
Twitter  Facebook  Web  Goodreads  Amazon page  Instagram

Whew! This story starts off with a bang! (Wink, wink)

This is Deacon & Quinn’s story.  Now you get a bit of hint about them in Cocky Playboy and I was excited to get my hands on their story! Not don’t be afraid each book can be read as a stand-alone, but you just get more if you read them all!

Quinn is a flippin rockstar! I admire the way that Mr. Howell and Mr. Wolf write their heroines. They write their heroines with strength and tenacity!  This writing duo doesn’t pander or patronize the female readers.  So I tip my hat to you for that!  Quinn is trying to juggle her whole world on her shoulders and doesn’t need a player like Deacon to add more to her struggles.  However, she has a soft spot for him and loves the physicality of their relationship and wants to keep it just like it is.

Deacon Collins, he’s a bit of an enigma. But one thing is crystal clear, his want of Quinn.  He wants more, more, more and will stop at nothing to have it all with Quinn.  Even if it’s Quinn herself that stands in his way!

The dialogue is witty and smart, the chemistry between Deacon and Quinn is hotter than the hinges on Hades gate!!

Get your hands on this!