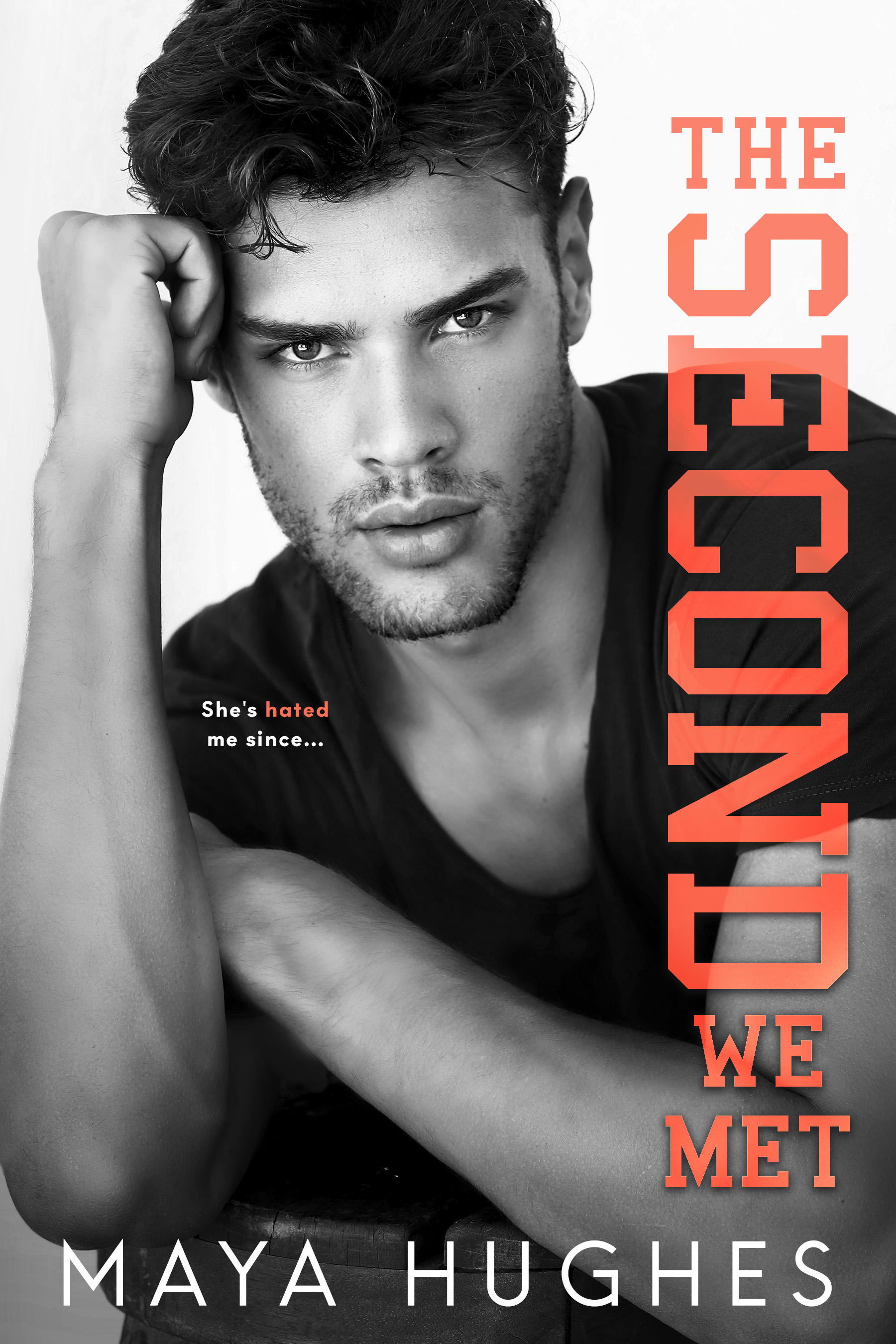 Dear Jerk Across the Street, sorry for accidentally walking in on you and catching an eyeful of your—equipment. And hard pass on the open invitation to join you in the shower “anytime”, A-hole.
That’s the note I should’ve written. Instead I sent a pleasant and apologetic version.
Had I known Phoenix “Nix” Russo would’ve been the neighbor from hell, I’d have told him right where he could shove my words.
Nix is the big man on campus with everyone lined up at his games to make sure he knows it. Sure, he’s got piercing blue eyes, abs that don’t quit and a smile that could set fire to a set of panties from a hundred yards away, but he’s also the biggest pain in my ass.
Dear Pink-Haired Menace, learn how to take a joke and stop being such a kill-joy…
Elle Masterson called the cops on one of my parties—again. My sweet talking usually gets me out of trouble, but this time it got me into a nice pair of silver handcuffs. Now I’m on a reputation rehab tour with a stop at a spring break community service project.
Guess who’s my new boss?
Now we’re shoulder to shoulder, sweaty, tired and…she’s not anything like I expected. There might just be a heart under that hardass exterior. She’s invading my dreams and I can’t shake the feeling she’s the key to unlocking a piece of me that I’ve hidden away.
It’s only a matter of time until she finds out why I’m really here.
Maybe I can break through her walls and into her heart before that happens…one screw at a time. 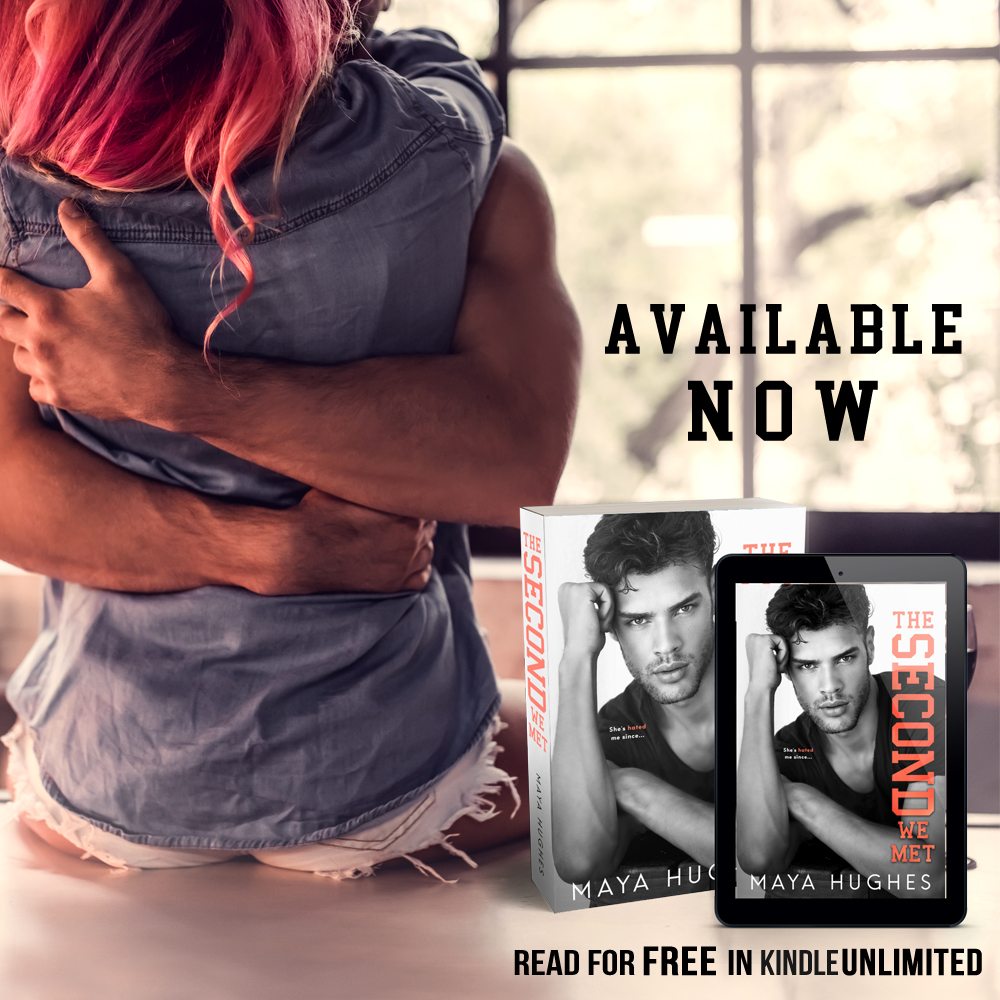 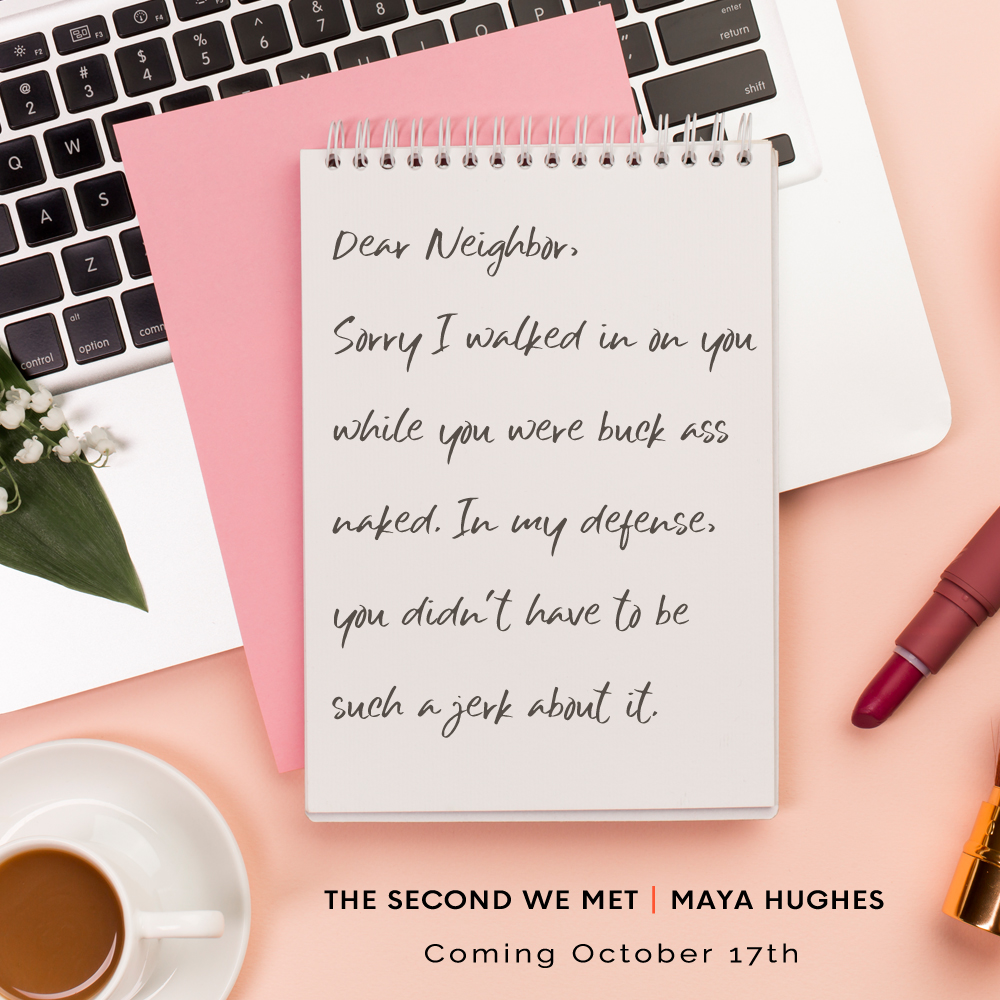 ALSO AVAILABLE IN THE FULTON U SERIES

Maya Hughes can often be found sneaking in another chapter while hiding in the bathroom from her kids! 🙂 I’m a romance writer who loves taking inspiration from everyday life, namely my husband and biggest fan. Inspiration also strikes when I hear a song, meet someone new or daydream while at soccer practice.
I’m the mom of three little ones, the wife to an amazing husband and also work full time. Some of my favorite things are cinnamon rolls, white wine, laughing until I can’t breathe and traveling with my family.

This has got to be, by far, one of the best enemies to lovers stories I have read in a loooong time!

The Second We Met is the next story set in the fictional world of Fulton University.  This is Phoenix and Elle.

This is a story that embraces the saying “A thin line between love and hate”.

Elle is struggling to finish college, she is over her head with school, work and volunteering.  She has been burned by people she has trusted and loved before and that has made her into the gal she is today.  She is prickly and has some big walls built around her and meeting Nix was just the best thing ever.

Phoenix (Nix) is the star quarterback, he lives in a house called the “Brothel” and most people think they know him.  But nobody really does.

When Elle and Nix first meet, Elle is prickly and judgemental…she believes she knows all about Nix, but she truly doesn’t.  This story is a fantastic tale of how Nix and Elle learn to really know each other.  How they grow to love each other and the ups and downs of fighting preconceived notions and judgemental people.

I really enjoyed this story and I can’t wait for new stories from this world!