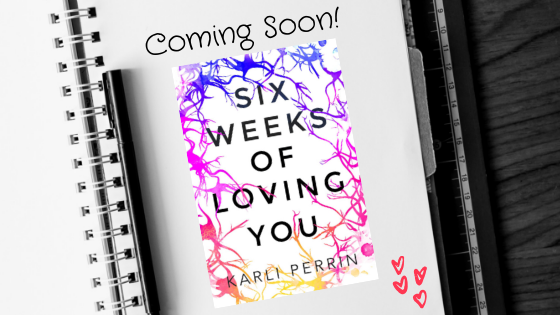 Today I have an exciting cover reveal for Six Weeks of Loving You by Karli Perrin! It will be released on September 17th so make sure you mark your calendars! This is an epic tale of love, friendship and second chances.

Add it to your Goodreads TBR here – https://www.goodreads.com/book/show/46416823-six-weeks-of-loving-you

The news reporters called it a disaster.

The doctors called it a miracle.

I woke up believing that it was the morning of the accident.

Six weeks after that, it happened again.

I have retrograde amnesia. I’ve damaged a part of my brain which allows me to recall the recent past. In other words, I have an extremely limited short-term memory – six weeks to be exact.

The train derailed eighteen months ago.

When I meet Spencer Hale, I put up a huge fight.

I get one step closer to loving him.

And one step closer to losing him.

Welcome to the train wreck that is my life.