Her fake husband is a Work In Progress…

Work in Progress, an all-new romantic comedy from Staci Hart, is available now! 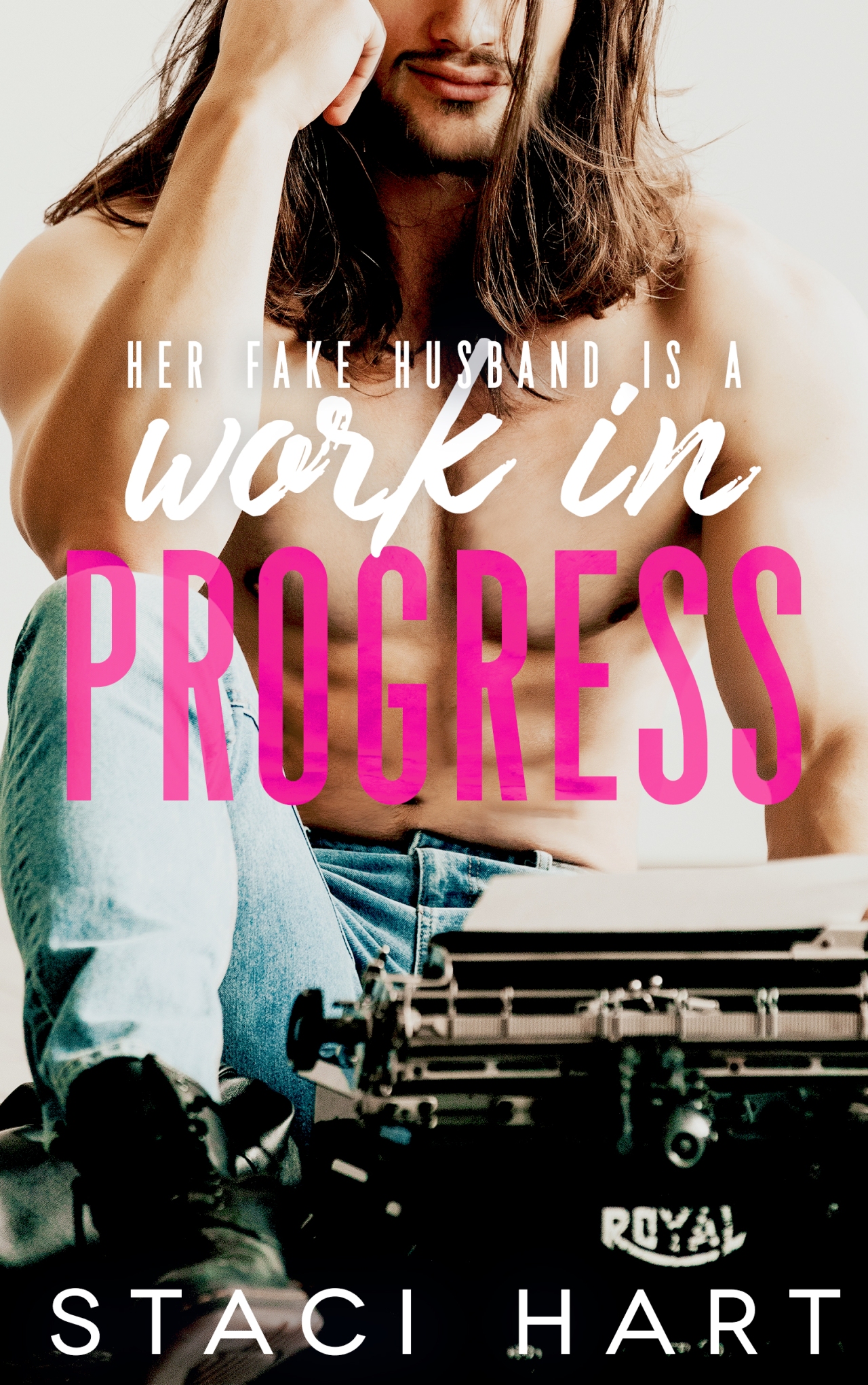 I never thought my first kiss would be on my wedding day.

But here I stand, clutching a bouquet of pale pink roses behind the doors of a Las Vegas chapel, and at the end of the aisle is the absolute last man I imagined would be waiting for me.

Marry him, and I’ll land my dream job. Save him, and I’ll walk away with everything I’ve ever wanted. All I have to do is remember it’s all for show. None of it is real, no matter how real it feels.

But first, I have to survive the kiss.

And with lips like his, my heart doesn’t stand a chance.

Download your copy today or read FREE in Kindle Unlimited!

The hall bathroom door opened, consequently stopping the earth’s orbit and flinging me into space for lack of gravity.

Thomas Bane stepped out of the doorway in slow motion, propelled by a cloud of steam that licked at his glistening body like it wanted to taste him. His hair was black, wet, curling and dripping in rivulets down the planes and valleys of his expansive chest and abs and narrow hips. He had that thing, the trough of muscle bracketing his hips that caught sluicing water and carried it in an angle that would eventually reach that unknown terrain beneath his towel. I saw the ghost of that terrain, the long, cylindrical bulge that was substantial enough to clearly state its presence, even through the thick towel.

I blinked, not knowing when I’d set my coffee down or how many minutes—hours? years?—had passed in the time I spent ogling his body.

He sauntered into the room like he wasn’t basically naked. I tried unsuccessfully not to stare at his knees, the place where his ropy thigh connected, the angular muscles of his calves, the curve of his ankle, the broad pad of his foot.

He was perfectly proportioned. Michelangelo would have carved him twenty feet tall, and women would have worshipped at his perfect feet.

Gus bounced when he saw Tommy, his toys forgotten. And when Gus took off running, Tommy stopped, eyes widening and hands splayed in front of him.

To no one’s surprise, Gus did not listen. He barked once, snagged the hem of Tommy’s towel, and whipped it off him in a single tug that exposed every inch of skin on Thomas Bane’s ridiculous body.

Thank God my coffee was already on the counter. I’d have gotten third-degree burns.

For a split second, Tommy was frozen there in all his natural glory, poised to run after his dog, his face drawn and eyes locked on the sweet, disobedient dog. He wasn’t paying any attention to me.

I, however, gave him my full and undivided consideration.

His thighs were a mass of muscle so hard and defined, the tops were planes that came to a notch at his knee and a point where it met his hip. My eyes caught that trough that had before disappeared and followed it where it pointed—straight to the thatch of dark hair and the member nestled there.

If I stared at it a second longer, I was going to faint—my vision was already dim, my pulse pumping so hard, I could feel it in my neck, at the back of which a cold sweat had broken.

But he shifted to run after Gus, who was galloping away, trailing the towel behind him.

Then it was the back of him I saw, his hair, the streaming water rolling down all the curves of his shoulders, his back, the valley of his spine, and down to the most perfect ass I’d ever seen in real life.

Well, the only ass I’d ever seen in real life that wasn’t my own, and even that I couldn’t get a good look at without a mirror.

Seriously, that ass. That perfectly sculpted ass, round and tight and curved in the sides, shifting from one side to the other as he ran after the damn dog. My gaze caught a tattoo on one ass cheek, and I squinted at it, trying to make it out.

Tommy bent to snag the end of the towel—I caught sight of his sack and almost dissolved through the floor in an acidic puddle of embarrassment—but when he pulled, Gus spun around, ass in the air and tail wagging as he growled, pulling back.

A string of obscenities left Tommy’s mouth, but I was still gaping and staring at his ass. I realized that I was laughing. It sounded like someone else in a different room.

I wondered absently if this was how it felt to have a stroke.

Staci has been a lot of things up to this point in her life — a graphic designer, an entrepreneur, a seamstress, a clothing and handbag designer, a waitress. Can’t forget that. She’s also been a mom, with three little girls who are sure to grow up to break a number of hearts. She’s been a wife, though she’s certainly not the cleanest, or the best cook. She’s also super, duper fun at a party, especially if she’s been drinking whiskey.

From roots in Houston to a seven year stint in Southern California, Staci and her family ended up settling somewhere in between and equally north, in Denver. They are new enough that snow is still magical. When she’s not writing, she’s reading, sleeping, gaming, or designing graphics. 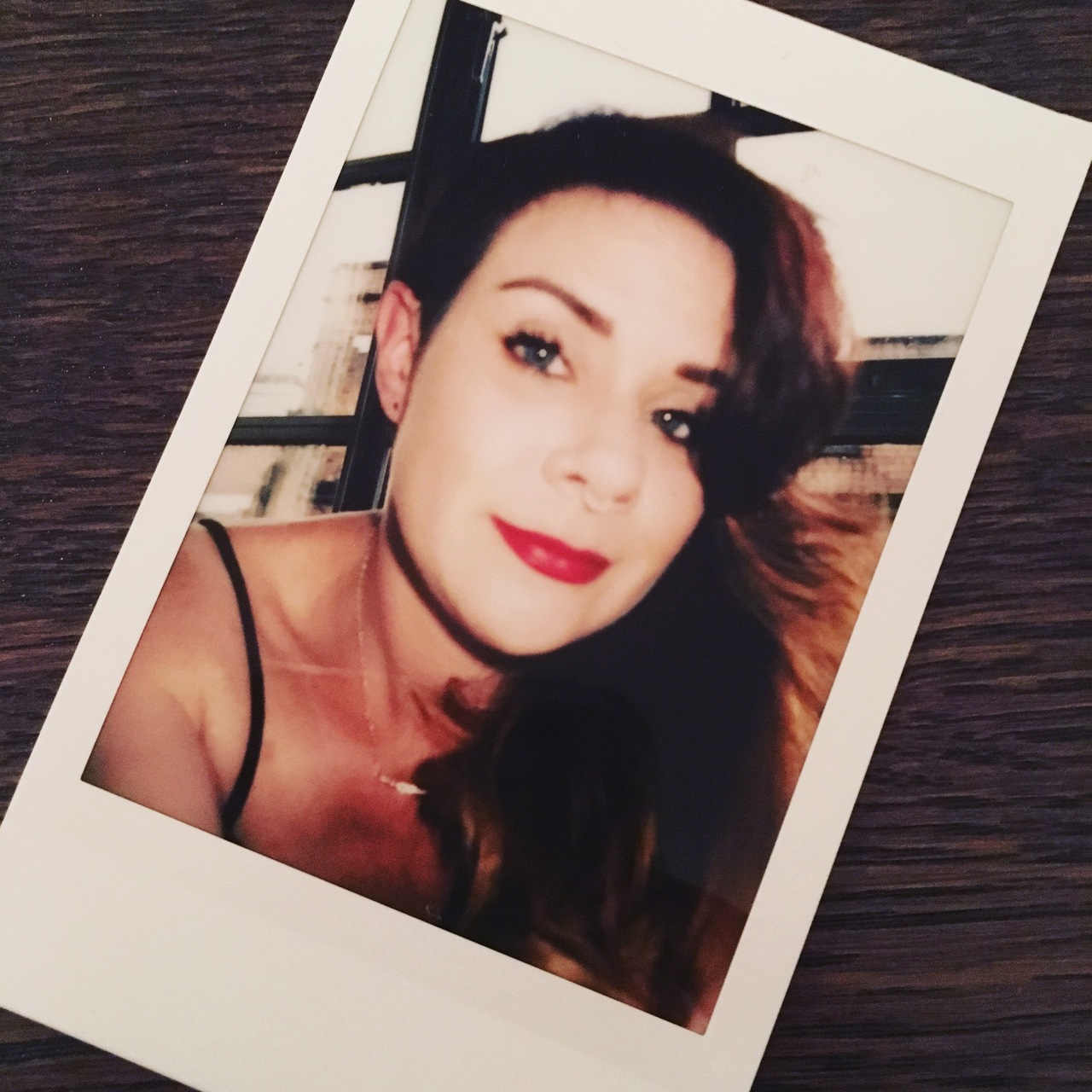