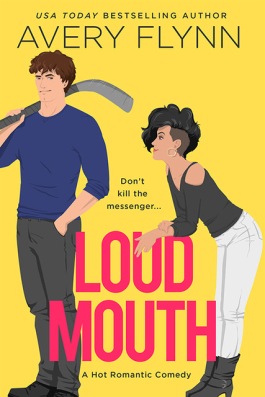 I never meant to say a word, not one single word.But I did.Now because of something I leaked—without even realizing it—I’ve inadvertently broken up one of the Ice Knights’ most legendary bromances. And worse—I’ve kicked hockey star Ian Petrov’s grumpy level to insane levels of grump.And what could make it worse? How about the two of us being trapped together in a remote cabin after a massive blizzard. Neither of us can leave. Just us, the snow, his resentment, and OMG sexual tension so thick it would take a snowplow to break through it.I’ve got to get out of here before I do something even dumber than I’ve already done and kiss the sexy with his misplaced anger and perfect pecs. That would be the worst, the absolute worst. But… would it be terrible if we gave in? Just a little? It’s not like we’re ever going to have to spend time together again. Until the next morning when we’re told we have to play chummy for the press until this news cycle blows over. 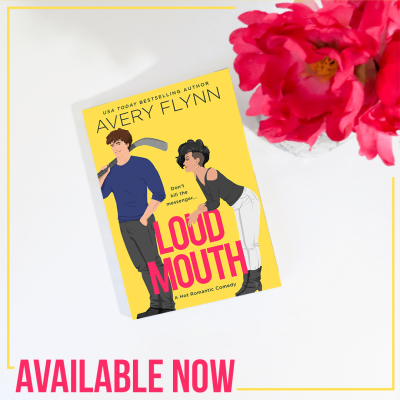 USA Today and Wall Street Journal bestselling romance author Avery Flynn has three slightly-wild children, loves a hockey-addicted husband and is desperately hoping someone invents the coffee IV drip. Avery was a reader before she was a writer and hopes to always be both.
She loves to write about smartass alpha heroes who are great with a quip and relatable heroines who are feisty, fierce and fantastic.
Connect with Avery Flynn
Website | Newsletter | Facebook | Instagram | Twitter

This was the story I had been waiting for in this series!

This is the story of Ian and Shelby.

Take a cabin, a whole mess of chemistry and two beautifully quirky characters, and watch the pages melt with humor, heat, and heart.

Shelby is such a complicated and enduring character! The struggles and triumphs she goes through are so commendable! It made me in awe of her, she was a complicated puzzle that Ian could only figure out.

Ian, whew, this fella is also complicated.  To the surprises about his family and living in the shadow of his father, his whole life has truly molded him into the man he is.  He is the epitome of “silent waters run deep”. There is so much more to him than what he reveals to the world.  And Shelby is the lucky soul that gets to have him!

I have so much love for this series!  Each book can be read as a standalone, but do yourself a favor and read them all!!